To share your memory on the wall of Glenn Kinsley, sign in using one of the following options:

Provide comfort for the family of Glenn Kinsley with a meaningful gesture of sympathy.

The newlyweds moved to Antioch, CA where they welcomed their first daughter, Nancy Beth, in September 1960. They returned to Montana in 1962, living in Lewistown and Missoula. In 1964 they moved to Elko, NV where their second daughter, Dorothy Rebecca was born. In the spring of 1965 the family returned to Missoula, living in the lower Rattlesnake until 1977. Glenn had a variety of jobs throughout the years. He taught high school English, was a photographer for the Montana Stockman magazine, and finally settled on direct sales. Perhaps his favorite was with the Durotest Corporation, selling commercial light bulbs. He was known to quip “I’ve finally figured out how to enlighten the world.”

They moved to Stevensville in the fall of 77 where they built their dream home, a three-story log “cabin” nestled at the foot of Sunset Bench. Glenn spent the next 40 years “finishing” his house and only left under duress in 2017 in order to move closer to medical resources in Missoula.

Glenn was a rebellious individual, always championing the underdog and fighting against “the Man.” His children were taught peaceful resistance and how to behave during a protest march. (You never rush the courthouse, btw). He was a lover of animals and was always the proud slave to at least one… or more. He enjoyed a plethora of hobbies including photography, astronomy, model railroading, computer gaming and collecting almost anything…. Books, records, bottles, rocks, coins and don’t you dare throw out his cardboard boxes. He was a life-long member of the Bitterroot Model Railroad Club, the Western Montana Astronomy Club and a proud member of the Friends of Bill W. for 39 years. He renewed his Christian faith in 1981 at a retreat and enjoyed volunteering his time and talent in variations of the same weekend experience. He particularly enjoyed singing “The Chicken Song” enthusiastically at every opportunity. “Aribba!” Glenn and Dorothy enjoyed travel, including a trip to Israel in 1996 and an Alaskan cruise for their 50th anniversary in 2009. They also enjoyed camping, visiting ghost towns and just seeing where this road would take them.

Glenn is survived by his wife of nearly 60 years, Dorothy, his daughters Nancy (Willy) Self and Rebecca (Gerard) Poteat, his grandchildren Jessie (Ben) Brewster, Jeremy Thomas, Elisha (Josh) Harties, Zachary (Criss) Self, Jamie-lee (Chance Harmon) Thomas, Kristina (T.J.) Stone, Derek (Alexandra) Clark, and Kenneth Clark, 8 great-grandchildren and his cat Marco who misses him greatly. He was pre-deceased by his parents, his son-in-law Bernard Jay and numerous furry companions who hopefully met him with great joy at the Rainbow Bridge.

A memorial service will be held 1:00PM Saturday April 27, 2019 at Garden City Funeral Home A reception will follow the service at the funeral home.

In lieu of flowers the family asks that donations be made to the Western Montana Humane Society or the American Lung Association.

Condolences may be shared with the family by visiting gardencityfh.com.
Read Less

To send flowers to the family or plant a tree in memory of Glenn Howard Kinsley, please visit our Heartfelt Sympathies Store.

Receive notifications about information and event scheduling for Glenn

We encourage you to share your most beloved memories of Glenn here, so that the family and other loved ones can always see it. You can upload cherished photographs, or share your favorite stories, and can even comment on those shared by others.

Posted Apr 26, 2019 at 11:01pm
To Dorothy, Becky and the family of Glenn Kinsley. We are so grateful to have known Glenn. Our loss is felt deeply. He will be deeply missed. Right now, my Dad and I and the rest of the Tremper family send Dorothy and Becky hugs. Jane Tremper East
Comment Share
Share via:
KO

Posted Apr 19, 2019 at 10:50am
To the family of Mr. Kinsley, please accept my sincere condolences. I am deeply sorry for your loss. May the God of all comfort be with you at this tragic time. (2nd Corinthians 1:3,4)
Comment Share
Share via:
MY

My heart goes out to Dorothy and all of the family. Sending sincere sympathy and thoughtful prayers... 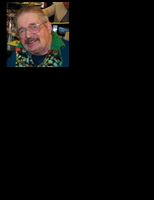