To share your memory on the wall of Harvey Olson, sign in using one of the following options:

Provide comfort for the family of Harvey Olson with a meaningful gesture of sympathy.

Print
Harvey Elmer Olson, 90, of Missoula, passed away peacefully of natural causes at home surrounded by family on Saturday, May 11, 2019.

Harvey was born on May 6, 1929, in Lockwood, Montana to Flora and Elmer Olson. In 1953, he returned ho... Read More
Harvey Elmer Olson, 90, of Missoula, passed away peacefully of natural causes at home surrounded by family on Saturday, May 11, 2019.

Harvey was born on May 6, 1929, in Lockwood, Montana to Flora and Elmer Olson. In 1953, he returned home from military service, and was introduced to Margaret McDermott by her younger brother. They were married Oct. 24, 1953, at Holy Rosary Church in Billings.

Harvey spent a career with the Montana Highway Patrol stationed at Malta, Roundup, Missoula, Miles City, Butte and then back to Missoula, retiring as Captain. Harvey was the definition of a “hard worker”. While working full time he also built houses in Miles City, Butte and Missoula. He raised a few cows and grew hay to feed them. He helped many friends with concrete work and construction. He rebuilt cars and boats. Harvey changed the oil in everything he owned during his entire lifetime!

Harvey and Margaret enjoyed dancing; they could jitterbug with the best of them! Many family memories with their four children were made at Flathead Lake camping, boating, water skiing and fishing. In 1964, the family drove from Missoula to New York City for the World’s Fair in a 1959 Cadillac pulling a 16-foot camper trailer. Other family trips included Disneyland, Hawaii, an Alaskan cruise, Cancun, Las Vegas and the Oregon coast.

Harvey enjoyed playing golf, gardening, and old cars (owned a 1915 Model T Touring and a 1929 Model A Roadster). He loved reunions, birthday parties, BBQs, golf trips and coffee with guys. Harvey cherished the simple things in life and lived every day to its fullest. We are sure going to miss “The Harv” at future family gatherings, grandkid’s sporting events and sitting in the backyard with a Bud Light on a nice summer evening. Harvey had a big heart.

The family would like to thank Hospice, Dr. Kevin Sheehan, Dr. Karl Westenfelder, Azaleas Home Care Services and all of the family and friends who cared for Harvey over the years.

A memorial service will be held on Friday, May 17th at 3:30 pm with a reception to follow at Garden City Funeral Home.

Harvey recently had to be rescued from under his truck while changing the oil. In lieu of flowers, change your oil and rotate your tires!!
Read Less

To send flowers to the family or plant a tree in memory of Harvey Elmer Olson, please visit our Heartfelt Sympathies Store.

Receive notifications about information and event scheduling for Harvey

We encourage you to share your most beloved memories of Harvey here, so that the family and other loved ones can always see it. You can upload cherished photographs, or share your favorite stories, and can even comment on those shared by others.

Posted May 21, 2019 at 11:15am
My sincere condolences on the loss of your dear loved one. May it comfort you to know that our Loving Creator promises to bring back to life those in his memory to perfect health on a paradise "earth" (Acts 24:15, Revelation 21:4). With deepest sympathy. 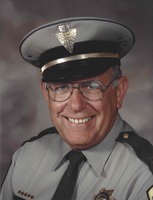