To share your memory on the wall of Henry Kallis, sign in using one of the following options:

Provide comfort for the family of Henry Kallis with a meaningful gesture of sympathy.

He joined the Marine Corps in the early 60’s. While in basic training he obtained the highest Marksmanship score out of his platoon of 79 men. His parents received a letter of his achievements. He served as an MP and was stationed in Iceland and El Toro Marine Corps Air Station in California.

Henry was a jack-of-all-trades he worked at ranching, logging, and cement finishing. He especially loved ranching and was a skilled cement finisher. To this day he still owns several tools for working with cement and loves to give advice to anyone doing a cement job.
He enjoyed the camaraderie of playing pool with his buddies which included his brother David. He loved every aspect of the outdoors, such as camping, hunting, and fishing being his favorite. He had a hand in teaching every member of our family to fish and to embrace their own passion for the sport. There was no other place he would rather be than out on the lake.

He is preceded in Death by his Father, mother, youngest brother Allen Kallis, and great granddaughter Raylan Hudson.

His ashes will be scattered at Spook Lake on Sunday June 16th, at 1 p.m. with a potluck style lunch. All family and friends are welcome to attend.
Read Less

To send flowers to the family or plant a tree in memory of Henry "Hank" Kallis Sr., please visit our Heartfelt Sympathies Store.

Receive notifications about information and event scheduling for Henry

We encourage you to share your most beloved memories of Henry here, so that the family and other loved ones can always see it. You can upload cherished photographs, or share your favorite stories, and can even comment on those shared by others.

Posted May 21, 2019 at 10:31am
My sincere condolences on the loss of your dear loved one. May it comfort you to know that our Loving Creator promises to bring back to life those in his memory to perfect health on a paradise "earth" (Acts 24:15, Revelation 21:4). With deepest sympathy. 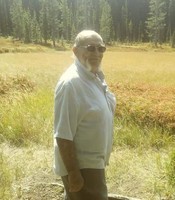