To share your memory on the wall of Robert Liston, sign in using one of the following options:

Provide comfort for the family of Robert Liston with a meaningful gesture of sympathy.

Print
Robert Dennis Liston, known as Bob to his friends and Denny to most of his family, passed away peacefully at home from cancer on May 7, 2019, with his wife Marsha by his side.

Bob was born in Helena, Montana, on October 6, 1954 to Robert... Read More
Robert Dennis Liston, known as Bob to his friends and Denny to most of his family, passed away peacefully at home from cancer on May 7, 2019, with his wife Marsha by his side.

Bob was born in Helena, Montana, on October 6, 1954 to Robert C. and Beverly Claire (Francis) Liston. His Helena childhood was filled with family and friends, growing up with many of his cousins, big family dinners at his grandma’s house and hot summer days at the ball field or Canyon Ferry. At the age of 16 he incurred a spinal cord injury that would change the course of his life.

After attending the University of Montana, Bob eventually completed his bachelor’s degree in counseling at Montana State University. He then moved to Michigan for his Masters degree in Rehabilitation Counseling, and it was there he met the love of his life, Marsha Katz. They were married in their Michigan backyard on September 10, 1993. In 1998, Bob brought Marsha back to Montana, where they made Missoula their home.

During his adult years in Montana, Bob owned a Budget Tapes and Records store in Helena where he was known as “Budget Bob,” and for which he was named as Montana’s 1979 Small Businessperson of the Year, an award presented to him by President Jimmy Carter in the Rose Garden at the White House. Bob also spent a year in state government, and represented the Governor at the opening of the wheelchair accessible Trail of the Cedars in Glacier National Park. After returning to Montana in 1998, he served as the Executive Director of both the Coalition of Montanans Concerned with Disability and Montana Fair Housing, and as a Research Associate at the University of Montana Rural Institute.

In Michigan, Bob worked for an Independent Living Center, served on the board of the Fair Housing Council of Washtenaw County, co-founded ADAPT Michigan, and was a department head at the Association for Community Advocacy, a disability rights organization in Ann Arbor where he and Marsha worked together for five years.

Living with a disability meant Bob encountered many physical barriers that prevented access to classes, businesses, the homes of friends, and even the offices of service providers that were supposed to assist people with disabilities. Those barriers, institutionalized discrimination, and the low expectations nearly everyone had about his prospects for the future led Bob to be part of establishing Montana's first Center for Independent Living, and a variety of wheelchair sports teams. In midlife he became an active member of ADAPT, the nation's largest grassroots disability rights activist group, and a charter member of Not Dead Yet, a group that opposes legalizing assisted suicide because of the negative impact on people with disabilities and those who are low income, and the potential for exploitation and abuse of older people by those who stand to profit from their deaths.

Bob was predeceased by his father and mother, and a brother (Robert George) and sister (Evelyn Marie), who were stillborn.

In addition to Marsha, Bob is survived by his beloved younger sister Melanie Sue Coughlin and her husband Ed; Marsha’s sons Steve Johnson, of Singapore and Missoula; Christopher Johnson (Tiffany), of Sonoma, CA; and the three granddaughters he absolutely adored - Skylar Gen Johnson, Singapore, and Jaden Rose and Genevieve Grace Johnson, Sonoma. Survivors also include cousins in Montana, Illinois, Louisiana, Oregon and Washington and many friends.

A Celebration of Bob’s Life will occur on Saturday, June 1, from 2-5pm in the community room of the Garden City Funeral Home on Broadway in Missoula.
Read Less

To send flowers to the family or plant a tree in memory of Robert D. Liston, please visit our Heartfelt Sympathies Store.

Receive notifications about information and event scheduling for Robert

We encourage you to share your most beloved memories of Robert here, so that the family and other loved ones can always see it. You can upload cherished photographs, or share your favorite stories, and can even comment on those shared by others.

All my Love Nadina sent flowers to the family of Robert D. Liston.
Show you care by sending flowers

Guaranteed hand delivery by a local florist
AN

All my Love Nadina

All my Love Nadina purchased flowers for the family of Robert Liston. Send Flowers

Posted May 31, 2019 at 10:10am
It was such a blessing that you and Bob came into our lives. Please know that Bob will always be in our hearts. RIP, dear cousin.

Flowers were purchased for the family of Robert Liston. Send Flowers

Posted May 22, 2019 at 02:59pm
My condolences to Marsha & the Liston family. Bob was part of one of the saddest days & happiest years of my life. The saddest day being the night we got back from a Helena High track and field road trip & the next morning receiving a phone call from a friend that Bob had been in an accident. The happiest years of my life was hanging out with Bob & friends at college & of course the famous Friday afternoon club parties. I had followed Bob's academic & carrier path over the years and was very proud for him and all his accomplishments. Here is hoping we meet once again old friend in the afterlife.
Comment Share
Share via:
TK

Posted May 21, 2019 at 12:47pm
I am so sorry for your loss. Please take comfort in John 5:28, 29 and 1 Corinthians 15:26, where God promises that we will be reunited with our loved ones here on earth in the near future and will never have to fear losing them again. 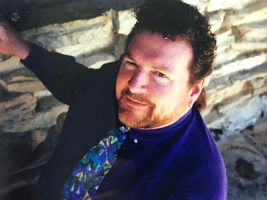