To share your memory on the wall of Ronnie Bourgeau, sign in using one of the following options:

The gesture that can change the world

Provide comfort for the family of Ronnie Bourgeau with a meaningful gesture of sympathy.

The gesture that can change the world

I regret and rejoice to inform you that Ronnie Lee Bourgeau, a child of God, has ended his pilgrimage on earth and gone to His Lord on April 30, 2019. He was born to Alice White on September ... Read More
Dear Family and Friends, present and future;

I regret and rejoice to inform you that Ronnie Lee Bourgeau, a child of God, has ended his pilgrimage on earth and gone to His Lord on April 30, 2019. He was born to Alice White on September 14, 1950, in Tonasket, WA. He was adopted 9 months later by his parents, Eliza (Marchand) and Marcelle Bourgeau as was his brother, Kenneth W Bourgeau, Sr. of Coulee Dam, WA. He is an enrolled member of the Confederated Colville Tribe in eastern Washington.

He loved his chosen profession. I’ll never forget the smile on his face the first time he drove a logging truck into our driveway. He worked in the log yards but driving log trucks won him over. He maintained the trucks and that served him well when he was a mechanic for the city. His last days of driving were done over the road. His work ethic could not be matched.

In between the hyphens you will also find he loved being the head umpire at Westside Little League as well as anything pertaining to softball and Little League with his children. Our dogs were his delight as was a cat, Muffin, who would sit on the tire of his truck and watch him work. He also took beautiful photos of the mountains, scenes he would see while his truck was being loaded and then sharing them with us when slide projectors were in style. He always enjoyed the hunting season, especially when the meat filled our freezer. He was a diehard Packers fan!

He was preceded in death by his birth mother, parents and his parents-in-law as well as a sister-in-law, Barbara Babcock Johnson; and a brother, Robert Seymour, who was adopted by other parents, as well as our two little ones we have yet to meet.

He will be cremated.

If you wish to remember him in some way, please donate to Hospice of Missoula, Samaritan’s Purse or Turning Point with David Jeremiah.

Receive notifications about information and event scheduling for Ronnie

There are no events scheduled. You can still show your support by sending flowers directly to the family, or planting a memorial tree in memory of Ronnie L. Bourgeau.
Plant a Tree

We encourage you to share your most beloved memories of Ronnie here, so that the family and other loved ones can always see it. You can upload cherished photographs, or share your favorite stories, and can even comment on those shared by others.

Posted May 03, 2019 at 12:40am
With great condolences to the Bourgeau Family, from the 10th Support Group Command Team, S4 Team and Ronin Warrior Family. We are sorry for your loss.

Steven Taylor purchased flowers for the family of Ronnie Bourgeau. 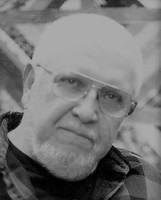