To share your memory on the wall of Vincent Harrington, sign in using one of the following options:

Provide comfort for the family of Vincent Harrington with a meaningful gesture of sympathy.

Not long after graduation, Vince spotted a dark-haired beauty at St. Catherine’s Catholic Church in Sioux City but was unable to catch her after Mass. While visiting a friend at St. Vincent’s hospital, he was introduced to a nurse, a young Montana girl named Nancy McInerney, who happened to be the mysterious woman from church. The old farm boy pursued her for a date until she finally said “yes,” and the rest is history.

Vince and Nancy were married on June 23, 1962, at St. John’s Catholic Church in Fairfield, Montana. His first son, Michael, was born in Cut Bank, Montana. Ten others would follow and claim Missoula as their birthplace. Saturday mornings were especially memorable when Dad went to the store because they held the promise of Lucky Charms, Froot Loops, Cap’n Crunch and maple bars. Dad loved St. Joseph, but wasn’t exceptionally skilled in the world of carpentry, so we grew up thinking duct tape was the magical “fixer upper.” Every morning before school, he would line up vitamins with dixie cups of orange juice for us kids and lead the family Rosary. He firmly believed the words of Venerable Patrick Peyton that “the family that prays together stays together.”

Vince was hired by Pfizer in 1963 and remained with the company for the next 33 years, covering western Montana from Eureka to Ennis, retiring at age 65 in 1996. He continued on as a consultant with the Pfizer Ambassador program through 2008. Vince thoroughly enjoyed his years with Pfizer, as they were filled with hard work, treasured friendships, tremendous loyalty, and much laughter. Although he had to travel frequently, he rarely missed any sporting events, school/church activities or bedtime stories. Family vacations consisted of traveling Montana or “big” road trips to his home state of Iowa.

Vince prayed devotedly, sacrificed immensely, loved deeply, and passed away gracefully. His entire family, including his brothers and sister, were able to let him know during his final days how much he was respected, loved, and cherished. We are grateful for such a wonderful gift.

The family wishes to thank Dr. Peter Szekely and Dr. Michael Reed for their care over the years, as well as Dr. Kasey Harbine and the staff at St. Patrick Hospital for their kindness and compassion during Dad’s final days. The family is also grateful to Fathers Sean Raftis, Michael Drury, Joseph Carver and Michael Poole for taking care of Dad’s spiritual needs as he prepared for his journey home.

A favorite saying of Dad’s came from an Irish headstone: “Death leaves a heartache no one can heal, love leaves a memory no one can steal.” Speaking of love, his last wishes included “take care of your mother” and “remember me in your prayers and I will be there.”

We love you Dad.
Read Less

To send flowers to the family or plant a tree in memory of Vincent C. Harrington, please visit our Heartfelt Sympathies Store.

Receive notifications about information and event scheduling for Vincent

We encourage you to share your most beloved memories of Vincent here, so that the family and other loved ones can always see it. You can upload cherished photographs, or share your favorite stories, and can even comment on those shared by others.

Posted May 21, 2019 at 10:09am
My sincere condolences on the loss of your dear loved one. May it comfort you to know that our Loving Creator promises to bring back to life those in his memory to perfect health on a paradise "earth" (Acts 24:15, Revelation 21:4). With deepest sympathy.

Medium Dish Garden was purchased for the family of Vincent Harrington. Send Flowers

Posted May 16, 2019 at 07:33pm
Deepest condolences. Rest in peace Uncle Vince. With Love, Harrington's and Sinovic's your Indiana family

Sentiments of Serenity Spray was purchased for the family of Vincent Harrington. Send Flowers

Posted May 16, 2019 at 04:17pm
Dearest Molly, We are sorry for your loss. Our thoughts and prayers are with you. With lots of love, Your SCOP Family.

Serenity Wreath was purchased for the family of Vincent Harrington. Send Flowers 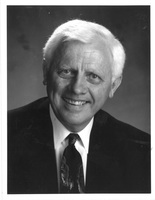